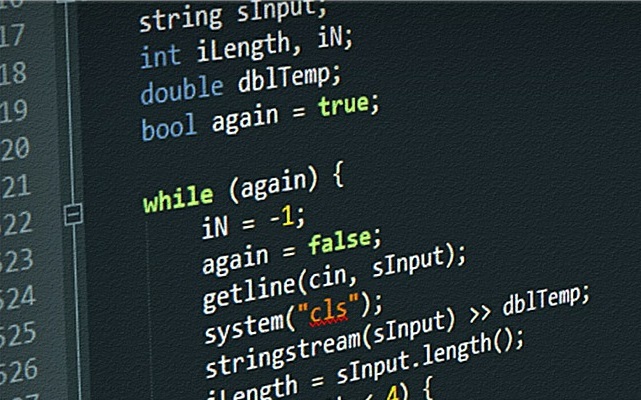 Creating a C++ program that can translate text to binary and text to hexadecimal is a good way to understand how these two number bases work . Making this program can also help with understanding how for loops work and serve as an introduction to the bitset library and the std::hex object.

The first thing you will need to do is include the following three libraries in your main.cpp file:

Next after including the necessary libraries you will want to declare the following three functions, they will make up the main menu, the text to binary translator and the text to hexadecimal translator.

After writing your function declarations create your int main() function which should only consist of one line, a call to the main menu function.

Now write the definition for the void mainmenu() function. First declare the string variable which will contain the users input. After this you need to prompt the user for which conversion they want to do and then grab the request with std::cin. You will need to call std::ignore(‘) after getting the user input to clear the cin buffer. If you don’t make sure the buffer is clear, the program will end up breaking later on when the user tries to enter in a phrase for translation.

Before moving on you’ll want to implement a simple check to determine if the user entered in the correct values. This should consist of a simple while statement that keeps repeating for as long as they enter an incorrect value. In this while statement clear the cin buffer and make sure to reprompt the user for input.

Now check what selection the user made and run the corresponding function.

You should begin the function by defining two string variables. One for holding the users input and another for what they decide to do after the translation is finished. After this you need to prompt the user for the phrase they wish to have translated and grab it using std::getline(std::cin,input) . The reason for using getline instead of std::cin is that the latter stops at the first space it encounters whilst getline gets the entire line regardless of spaces, this allows users to enter in phrases as well as words.

After this you need to create a for loop that will iterate through the text, convert it into binary and display it to the screen. This is made possible by std::bitset which comes from the bitset library you included at the start. You have to simply print the conversion of each character to the screen and each letter will be printed on its own line. Set the size of the bitset to 8, the size of one byte of data.

After the translation is printed add a short prompt that asks the user if they wish to end the program or rerun it.

The beginning of this function is somewhat similar to the text to binary function, you must define the same variables and prompt the user to input a phrase for translation. The actual text must be changed though to reflect that this is the hexadecimal function and not the binary one.

Now you need to create a for loop that iterates through the users entered string. As the string is iterated through each of its individual characters must be converted into a char variable. Std::hex is used to translate text to hexadecimal but it doesn’t work with strings which is why we needed to make each character a char.

This ends in the same way as the text to binary function so feel free to just copy paste the ending of that function here and just change the wording to reflect that this is the hexadecimal translation function.

Some things you can add to the program for a bit of extra challenge are: functionality to reverse the process, additional mathematical bases, and the ability to save the original text and its translation to a file so it can be viewed later.

If you have any comments or questions contact me at nick@crumbsofcode.com