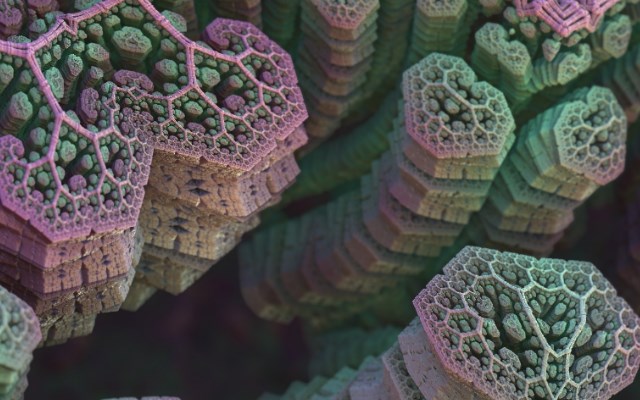 The Game of Life is a simulation of cellular automata devised by English mathematician John Conway. Even though it’s referred to as a game the program doesn’t usually involve any user interaction and is just meant to be observed. The game contains a grid of cells which all have one of two possible states, alive or dead. Whether or not a cell is alive or dead is dependent upon the following four rules of the game:

In this article we’ll be using JavaScript to create a basic version of the game.

The first thing you need to do before you can create the game is set up a basic HTML document to display it on. All this page needs is a body which contains one canvas element that has an ID. Give the canvas a border so you can see its outer edges easily. It’s height and width will be set later on with JavaScript so don’t worry about that for right now.

Now once you’ve done this you can begin creating your game. To start you’ll need to define all of the variables that the program will be using.

Firstly you need to get the canvas element ready to be drawn on by creating a drawing object. For more information read this previous article on canvas.

You should define a variable containing how many cells you want the grid to contain. Next define another variable which contains how many pixels large each cell should be.

You need to use those last two variables that you defined to set the size of your grid. Simply set both the canvases height and width equal to the number of cells multiplied by cell size.

Lastly you need to define a variable equal to the createArray() function which we’ll be creating in the next section.

Now you can begin creating functions to draw and display the cells.

Drawing and Displaying the Cells

You should start by writing the createArray() function mentioned in the previous section. First define a function that contains an empty array.

To finish up this function have it return the arr variable that was defined at the beginning of it.

After this define another function called drawCell which will draw all of the live cells that currently exist in the game. This function takes three values, the x position of the cell, its y position, and whether or not it’s currently alive.

Each cell will be drawn as a rectangle which you can learn more about here in a previous article about how to draw in canvas.

Now it’s time to randomly populate the grid with live cells and run the game.

Create a function called randPop which takes one argument, the arr variable from earlier. This should iterate through each array within the arr variable and randomly assign some of those arrays to contain live cells.

Now create a function which checks if each cell is currently alive. This function should go through the arr variable and check the current status of each cell. Return the number of currently living cells or if there are no living cells just return 0.

Lastly use the setInterval method to set the speed at which each new generation is created and then call the randPop and display functions.

Here’s an example of what a random game generated by this code may look like.

Once you’ve created a basic simulation of Conway’s game of life you can go on to create extremely complex patterns, in fact the game is even proven to be Turing Complete. A few examples which are a bit more simple to create include the Gosper Glider Gun, various still life patterns, and oscillators just to name a few. Instead of having the generation be completely random try instead inserting one of patterns mentioned above and see what happens.

If you have any comments or questions email them to me at nick@crumbsofcode.com