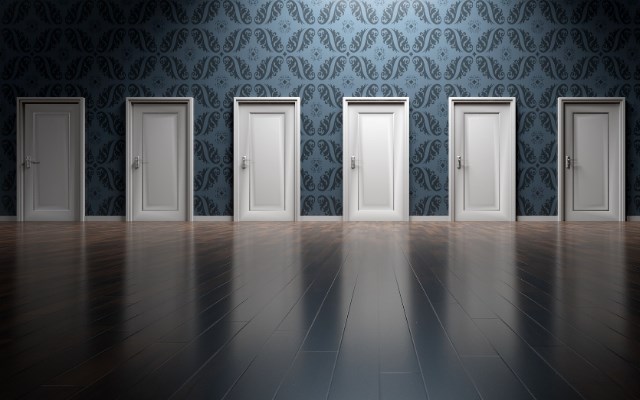 As a part of the STL, C++ comes pre-packaged with a binary search function as a part of the “algorithm” library. So why then would you bother making your own version that’ll likely be worse than the one already made for you? The answer is that figuring out how a binary search algorithm works is the first stepping stone towards implementing other more complex search algorithms which have not been so kindly written into the standard library for you.

The only library that you’ll need for this program is “iostream” for the purpose of getting user input and displaying the program results to the screen.

Next you’ll need a while loop that’ll loop for as long as the low variable is smaller than the high variable. At the start of this loop the mid variable should be set to low plus high divided by two as this would be the middle index of the array.

Let’s move on to the program’s main function now.

First you’re going to need to define an array of pre-sorted numbers, the size of this array doesn’t really matter as long as you don’t make it something silly like one hundred million numbers in length.

After that you need to figure out what number the user wants to search the array for. Invalid input won’t break the program, the user will just be told later that whatever they asked for couldn’t be found.

Once this is done you need to call the binary search function you made, pass the necessary variables into it and then set a new variable equal to its return value. Now the array and the user input are pretty simple to pass on but you might be wondering how to get the size of an array in C++. There is a function called “sizeof()” which will fetch the size of an array or array element in bytes. If you then get the byte size of the array as a whole and then divide it by the byte size of a single element that will leave you with the number of elements in an array.

Lastly you need to display this result to the user. If the return value of “binarySearch” is any value other than -1 that means the program successfully found the input somewhere in the array. Otherwise if it is -1 that means whatever the user was attempting to search for did not exist within the array.

And with that you should have a functioning binary search algorithm!

Instead of hard coding in an array for the algorithm to search through you could instead have an array containing a random amount of random numbers instead. For a more difficult challenge you can try implementing a sorting algorithm into your program which would make sure that every array is sorted before being run through the binary search.

If you have any questions or comments send them to me at nick@crumbsofcode.com